Praise Z105.9 is hosted by longtime Radio announcer Porsha Evans. Porsha is from Lake Charles, La. Her radio career has spanned for 40ys. With a B.A. degree from Grambling State University in Speech, her first Radio job was in Lake Charles where she is annually recognized for being the first Black full time female announcer in her hometown.

After moving to Lafayette in 1981, she continued her Radio career and was one of the first staff members at KJCB where she was known as Beatrice Evans. Some of her achievements include A Woman of Excellence Award in Lafayette, and being an elected official serving on the State Central committee with Gov. John Bel Edwards.

She loves to read and calls herself a news-junkie. Most of all Porsha loves the Lord and is excited to host Sunday morning Praise on Z-1059 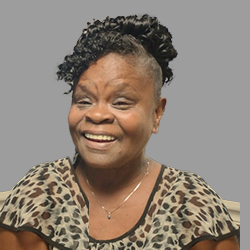