Congratulations to The GREATEST Tennis Player of All Time, Serena Jameka Williams!! She won the Australian Open and reclaimed her rightful spot in the tennis world, #1!! The 35 year old from Compton, CA played against her sister, Venus in the Australian Open Finals and won! The win makes her the first tennis player, male or female to win seven Australian Open titles. She just broke the record for having 23 Open era Grand Slam singles championship!! This is Grand Slam #23 for Serena Williams! She just surpassed Steffi Graf’s record. Such a force! In the words of the commentator, “Serena is serving like a goddess, which she is!”…and Mats Wilander finally admitted “She is the best tennis player female…or male…to ever live. Certainly the most dominant!”

I am looking forward to seeing the two sisters in the 2017 U.S. OPEN ! What a show that will be. 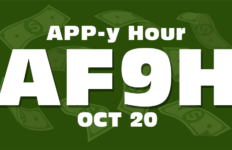